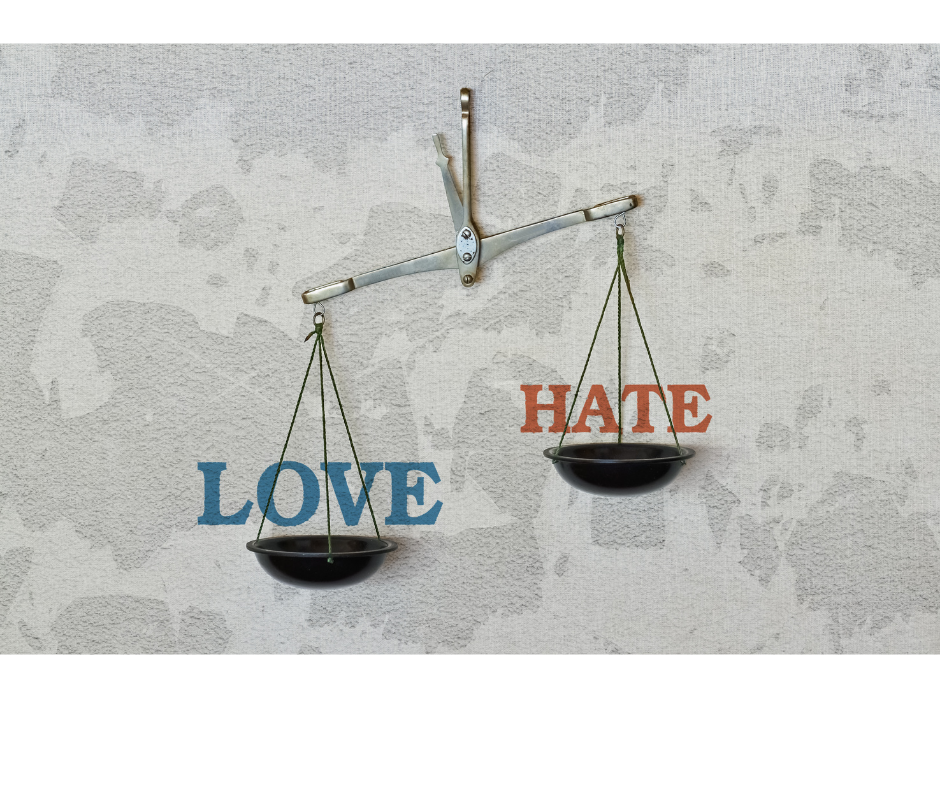 How? It was the question that I asked myself over and over on the plane ride back from interviewing Rena Ferber Finder, one of the last remaining Holocaust survivors from Schindler’s List.

For weeks, I tried to return to my “normal life,” but I couldn’t. The “How” haunted me. The pain of knowing what I now knew would not allow me to simply move on. I was experiencing the sadness, hopelessness, and despair that can come from not merely intellectually knowing, but knowing in your soul—the pain of empathy.

During the painful weeks and months that followed, I wrote this:

“On that cool afternoon in Florida, in the living room of an incredibly brave woman, I had become an eyewitness.

I had witnessed the heavy eyes of a woman as she looked back to a remote place in her memory, reliving the horrors of her past. I would never lose the image of her hand as she rubbed the spot on her arm where an ID tattoo had once existed, from a time when she had been reduced to a number. I had watched her frail elderly hands as she stroked photos of people she loves—people who now live only in her mind.

Now I realized that Rena, with all her courage and strength, had invited me into her world. She had challenged me to own the responsibility of being an eyewitness—to walk in her shoes and view intolerance through her eyes, to feel the raw pain of terror in her words, to taste the bitterness of indifference, and to hear the silence of hate. I am convinced that when she put her arms around me in the driveway that day, Rena knew the blessing and the burden that she had placed on me. She understood what I could not comprehend at that moment.

To be an eyewitness would require the courage to stand up to my fears and be fully present—to see, hear, and know, and then to do what is right. It would take the most difficult and painful kind of courage: moral courage.”

*Excerpt from Put on Your Big-Girl Shoes

As for most of us, when we read and hear about the Holocaust atrocities, it is hard to answer the question of how.

How did millions of smart, church-going, nice people follow and obey Hitler?

How did many abandon their moral selves and become willfully blind to the systematic execution of human beings because one person deemed them less than human–a threat?

How did men kiss their wives and children goodbye and then go off to work and put fellow human beings –children and babies into ovens?

The answer is still hard for me, but it has become more apparent as I reflect on how our brain processes fear and yields to persuasion.

First, there is the stoking up of our fears.  Fear of a loss of safety, of money, of power, of religion, of rights, of control…

Then comes an assignment of who is to blame for the bad things in our life or our world.

Then comes the division—us versus them.

Then comes the solution.

For Hitler, he played on the fears of the economy, religion, and control. The Jews were to blame for the struggles they were experiencing. Religious leaders repeated the message; the newspapers reported it, and books were written to reinforce the message. It became easy to see how slowly a separation of “us” and “them” began. Once a division occurred, it was easier to see “them” as different, separate, and less than which allowed empathy to be removed.

The solution followed—eliminate Them, and WE will survive and thrive.

Now, I appreciate this is a trite and simplified summary of a horrific time in our world. But in my reading and listening to survivor stories, interviews with Nazi guards, and reports from the dissenters—this is the distillation of HOW it happened.

Today, so many of us continue to ask HOW.

How can “good” people support hate, division, and bigotry? What do they have to say to themselves to make it ok?

The message of fear: In the promise to make The United States of America great, is the hidden message that it wasn’t. When did the greatest nation on earth become less than great?

Who should we blame for making it less than great?  Divide “us” and “them” we will see who is to blame.

Then find a savior to worship to make it great again.

It seems to me that we are no longer talking about political ideology, policies, or opinions. We are no longer a republican and democratic thinker and supporters. Something different and frightening seems to be unfolding as evident even in the political signs in the yards. Remember when political signs were simply that –signs of support.  Today, when I drive past some homes there are life-size banners with shining lights, spotlights not supporting political ideology, but rather it appears to have become the adoration of one person who will make us Great.

This haunts me. It brings me back to Rena’s words and her story.

I continue to struggle with the How.

I didn’t write this to try and change the heart or mind of anybody who supports Trump. It is not important that I understand their support.

Today, I am choosing to focus my energy on how I can honor Rena as an eyewitness.  How I can rise from feeling despair, anger, and hopelessness.

To all of you who continue to stand up against the message of hate and division, thank you for inspiring and lifting me up to do the same.

I continue to draw inspiration and energy from you.  I watch you rise with courage to exam your own biases of discrimination. I see you reading, listening, and learning the hard stuff and then owning the responsibility to stand up.

Rena’s life was saved because one man had the courage to step into his empathy. Schindler, a German and a member of the Nazi party stepped into his humanity to see the world through the lens of the Jews. He saw the “other”.

The power of one person. We all have that power.

In the words of the inspiring Ruth Bader Ginsburg, “Real change, enduring change, happens one step at a time.”