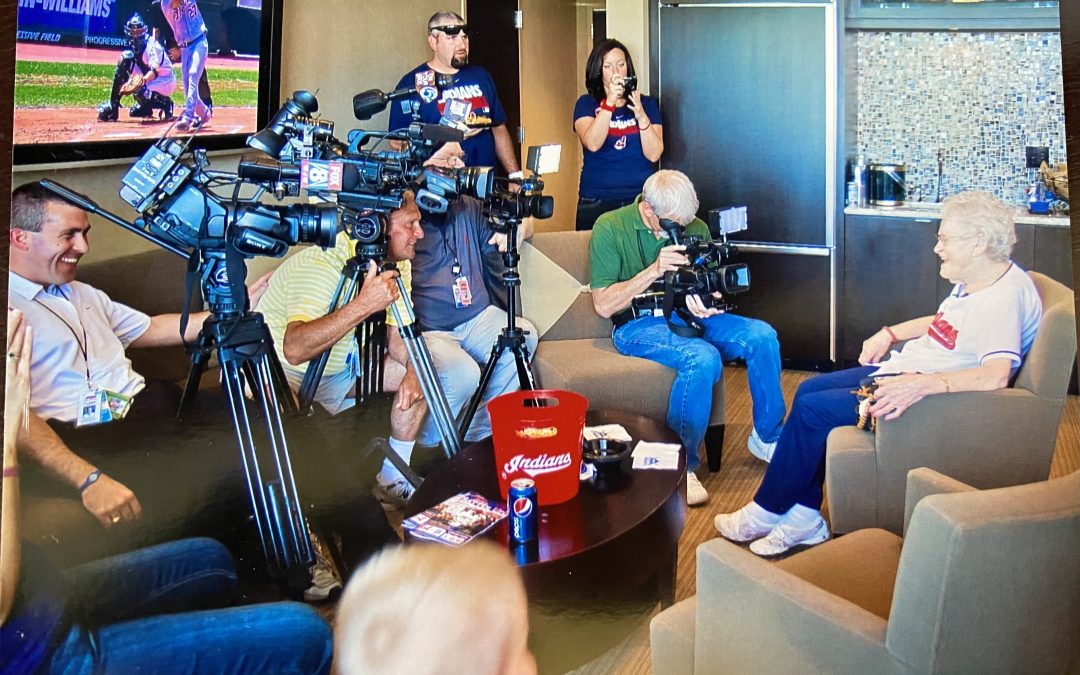 What would Nana say?

Shortly after the Cleveland Indians announced that they would be changing the name, my phone started to blow up with people asking what Nana would say about the change.

I sat for a moment listening to her voice and cobbling together the many baseball conversations that we shared over dinner, in the car, on the couch, or let’s be honest, anywhere that she could slip baseball into the dialog. In fact, one of the last things that Nana said on her death bed was about “her team.”

For the one or two of you who may not know Nana, let me share a bit of her story.

Nana was the oldest, longest, and arguably the most passionate Cleveland Indian’s baseball fan until her death at 105 years old.

Nana never missed a game. For many years, she would listen to the game on the old Motorola radio.  She then transitioned to the TV and the couch with her big popcorn bag to watch every play. Nana was passionate about the sport and particularly for her team. 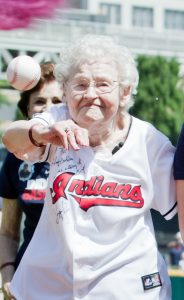 She would admit that the crack of the bat, the feel of a mitt, and the smell of popcorn would bring her back to a time when she sat on bleachers with picnic baskets to watch baseball with her sixteen brothers and sisters.

Baseball is a tradition that brings back memories and provides us the opportunity to reminisce and feel nostalgic. It is considered America’s pastime as it has been around since the 19th century.

We love traditions because they are familiar and comforting. Research has shown us that the familiar gives us a sense of certainty and positive feelings. We ascribe sentimental reasons and emotions to what is familiar and then fight hard to defend them. It is hard-wired into our primitive brain to reject what is novel or different. The familiar is safe. We say we embrace change, but really we hate change. We hold tight to the nostalgia of tradition.

We love our team mascots and names because they are familiar and tied to our memories.

But what happens when we are confronted with new information or new ideas that are contrary to our long-standing beliefs and emotions? The answer is cognitive dissonance.

Cognitive dissonance refers to our internal struggle of holding on to two conflicting attitudes or beliefs. We strive, to seek consistency to alter one view to put us back into a state of consistency. This dissonance can often happen when we learn new information that is contrary to our held beliefs.

Actively listening to the feelings of Native Americans makes us confront the dissonance of our nostalgic self against the feelings of others. We can resolve the dissonance by discounting or discrediting the information. We may tell ourselves that “they” are overreacting to the symbol. We may even tell ourselves that we are respecting the Native American people by using the name. Or we resolve the dissonance by confronting our long-held beliefs that it may not have been the intention to use the mascot and name to reinforce stereotypes and support racist beliefs. Still, the impact of a marginalized group is hurtful.

Changing long-held beliefs are challenged. It requires active empathy. That is, quieting our preconceived attitudes and thoughts as we step into the experience of the “other.”  Many are not willing to venture into a true state of empathy. After all, it is hard and painful. It requires courage and a willingness to know our own unconscious bias. Nana had this courage.

I imagine that if reporters could ask her today how she feels about the name change of her beloved team, this would be her response.

“The things that make us happy, successful or even entertained will be “ruined” if it comes at the cost of bringing pain to another person.”

Nana loved her team, but not because of the name or the mascot. She loved the crack of the bat, the thrill of the steal, and the heart-pounding excitement of the grand slam. But mostly, she loved her “boys,” the players. On Nana’s death bed, she reminded us to tell her “boys” she would be watching them from another seat.

Whatever her “boys” will be called in the future, I am confident that Nana will be smiling, knowing that we are “taking care of each other” by using her gift of compassionate empathy.