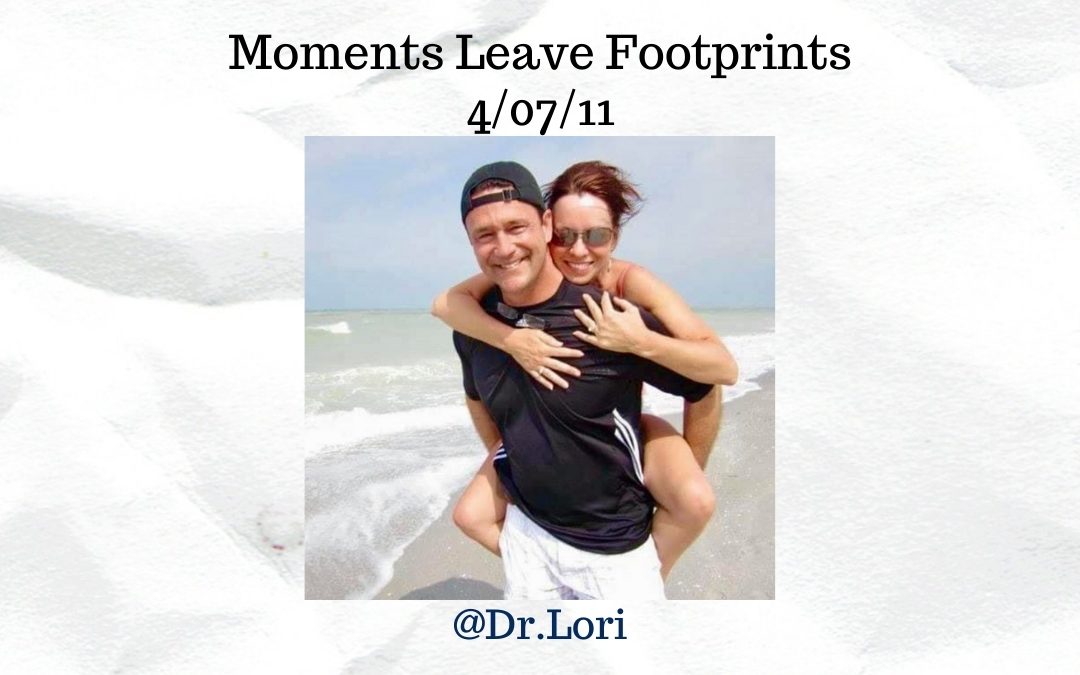 They are the guidepost to the journey of our life.

Ten years ago, Jay and I posed for our traditional farewell picture signaling the end of our annual Sanibel vacation.

How could we have known at that moment that just two days later he would throw a blood clot from his leg and end up with a pulmonary embolism?

How could we have known that his life would be saved by the width of a strand of hair and the grace of God? He was one of the fortunate ones. The clot hit the pulmonary vein and broke into eight clots that then lodged in his lungs.

How could we have known the reason that a very healthy, active man would throw a clot due to an undiagnosed genetic clotting disorder?

How could we have known that as we sat in the hospital together for several days praying that another clot would not be released with our thoughts spinning on this life?

How could we have known that while we were taking this picture the clot was forming?

The answer is we couldn’t know.

Life does not give us the transcripts of our journey.

Moments are meant to be savored with the full awareness that we can’t know what is meant for us in this life.

So, on this ten-year anniversary of what could have been the worst day of my life, I am filled with gratitude and a renewed commitment to live fully in my moments.